ADHD in School: Self-Control and Focus

One of the hallmarks of children with attention deficits is the tendency to act impulsively (acting before thinking through the ramifications of behavior). Behaviorally, this manifests itself in a lack of understanding of cause and effect. Research also suggests that these students can often verbalize the rules in place for behavior but have difficulty internalizing them and translating them into thoughtful behavior. Difficulties in delaying gratification also add to the impulsivity. Some clinicians believe that this behavioral disinhibition (poor regulation and inhibition of behavior), rather than their ability to pay attention, is the primary manifestation of attention deficits and is more likely to discriminate these children from others. 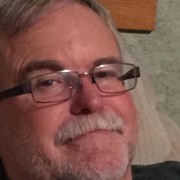 Learning is Our Birthright!

Get Your Copy of “101 Classroom Interventions for Elementary School Children”

We are providing 101 of our best classroom interventions for just $3.97 for the PDF ebook.  We want you, and your students - your children - to succeed in school! Grab your copy now!

Interested in Becoming an Even Better Parent to Your ADHD Child or Teenager?

Click here to Learn More about “Success with ADHD” training course for parents!